Know the Strongest Cannabinoids and Their Effects 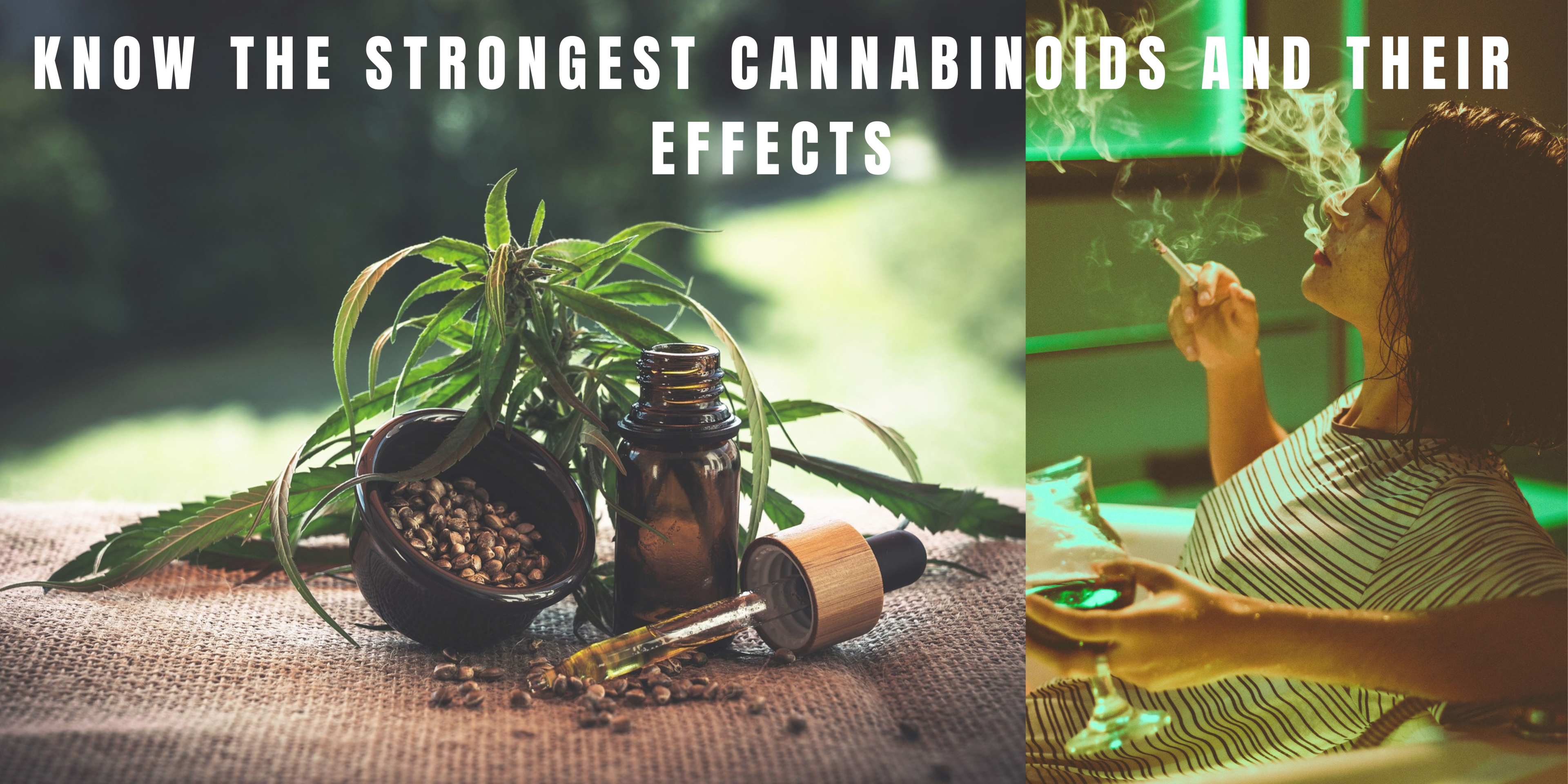 The cannabis plant is a botanical marvel, rich in phytochemicals, including cannabinoids. Although US governments passed laws banning cannabis from the 1930s to the 1970s, the 2018 Farm Bill under the Agriculture Improvement Act legalized hemp plants.

Hemp legalization facilitated scientific research, leading to the discovery of various new cannabinoids, including ones with psychoactive effects, like delta-8 THC. Also, semi-synthetic cannabinoids that induce euphoria, like HHC cannabinoid effects, are available.

Cannabinoid Effects: What You Need to Know 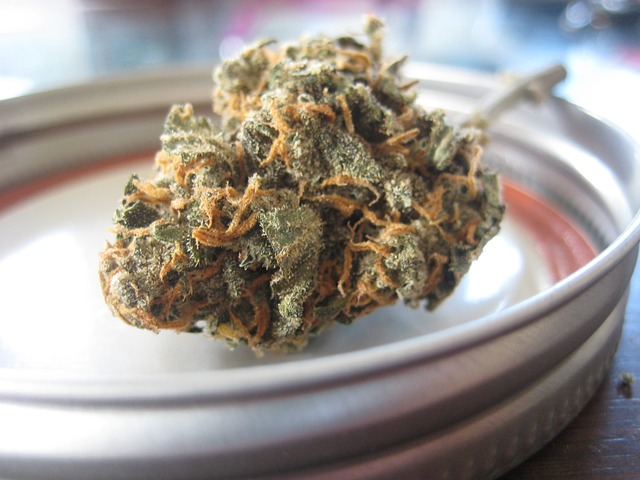 Before delving into the cannabinoid effect, begin by understanding what a cannabinoid is. One expert report defines cannabinoids as any substance, regardless of origin and chemical structure that joins the cannabinoid receptors of the body and brain, producing effects similar to those of the cannabis plant.

Cannabinoids, including kitchen staples like carrots, black pepper, and broccoli, typically occur in plants. However, the cannabinoid content in these plants is hardly enough to induce typical psychoactive effects. Therefore, hemp-derived cannabinoids are the only cannabinoids that cause a “high.

Although the cannabis plant is several millennia old, the first discovery and isolation of a cannabis cannabinoid from the cannabis plant were in 1942. American Chemist Roger Adams successfully isolated HHC from cannabis; HHC stands for hexahydrocannabinol and is a hydrogenated form of delta-9 THC. 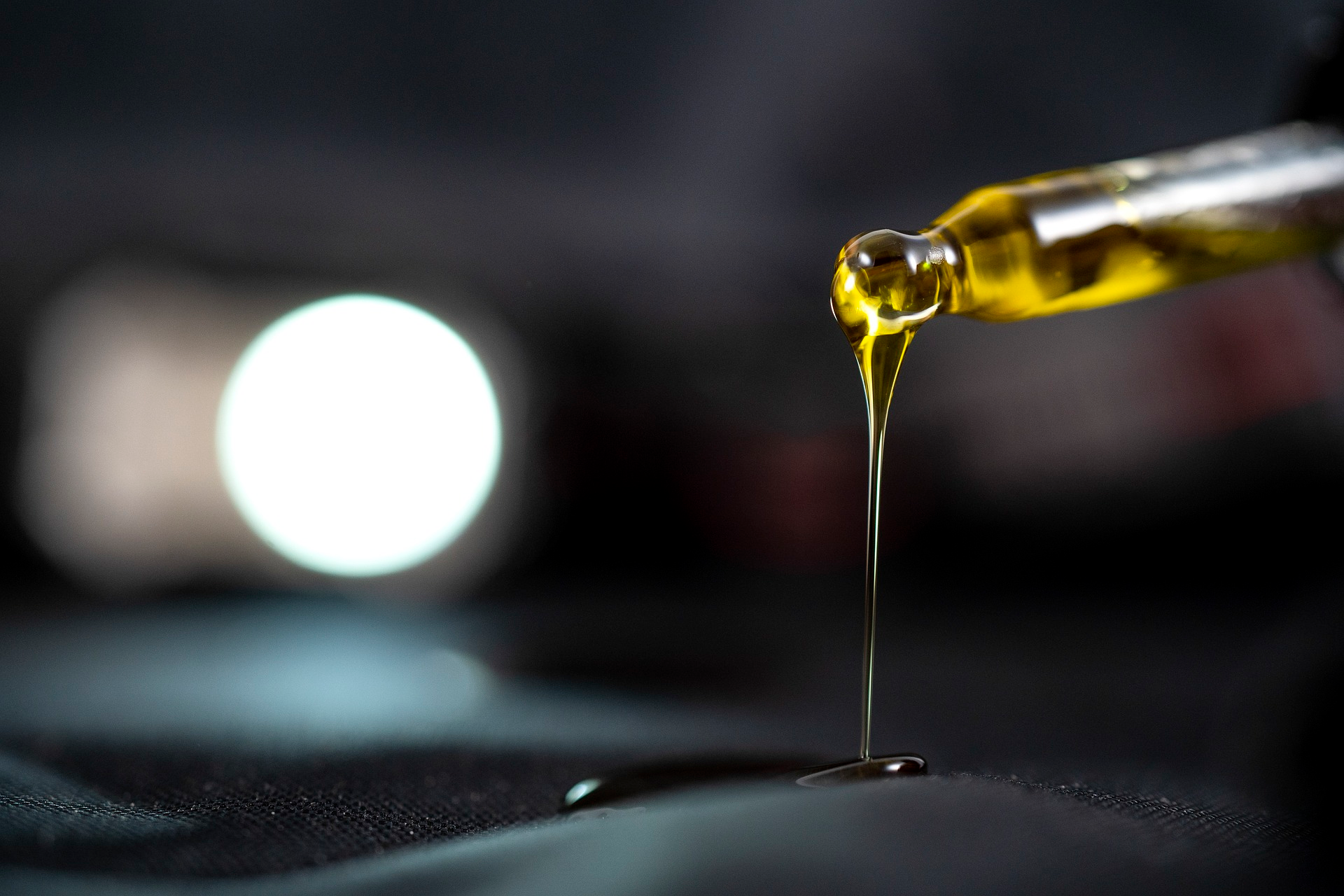 However, any further mentions and HHC research ceased until three years after the passing of the Agriculture Improvement Act’s 2018 Farm Bill, when cannabis brands began to make and sell HHC products.

The endocannabinoid system is an elaborate signaling system in the mammalian body, linking the brain, the central nervous system, and the peripheral nervous system. It features CB1 and CB2 receptors that modulate various body system functions. The receptors bind to anandamide, an endogenous cannabinoid, to facilitate its modulatory function.

However, exogenous cannabinoids from cannabis have a more profound effect than anandamide. Besides CBD, the primary non-psychoactive cannabinoid, most cannabinoids have psychoactive properties. Moreover, scientific and anecdotal evidence cannabinoids also induce therapeutic benefits, including pain relief and anti-inflammatory effects.

Most cannabinoids share a chemical structure because they function as each other’s precursor, inactive form, or disintegrate into each other. Moreover, delta-9 THC has multiple isomers; isomers are compounds that share an identical molecular structure, yet each has a different atomic arrangement that affects its chemical properties.

For example, Delta-9 THC, delta-8 THC, and HHC are all THC isomers. Nonetheless, the effects of HHC and THC differ because their atomic arrangements influence how they interact with the ECS. HHC’s hydrogen atoms make the isomer a more stable compound with more robust resistance to heat and light. 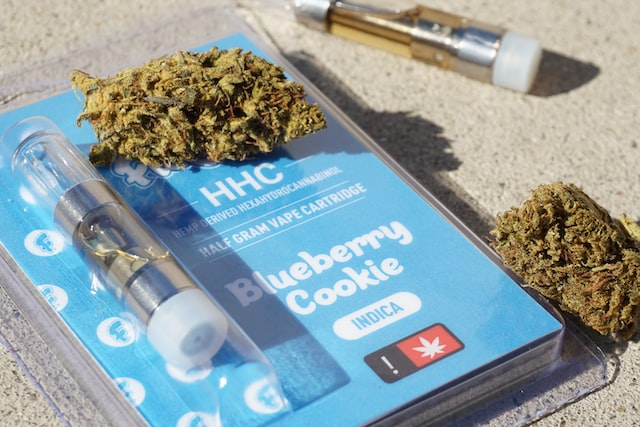 Cannabinoids with a higher affinity for CB1 receptors induce a more potent brain high, while those with a higher CB2 receptor affinity induce a more significant body high. HHC specifically induces a predominantly euphoric high, although the experience may vary, depending on how much HHC you consume, among other potency-related factors.

Therefore, law enforcement can arrest you for consuming hemp-derived cannabinoids with metabolites like THC-COOH that show up in drug tests. However, anecdotal evidence suggests that HHC will not appear in a drug test because its chemical structure does not include a THC molecule. However, some lawmakers consider HHC and other semi-synthetic cannabinoids illegal, quoting HHC’s safety as a concern that could potentially cause adverse effects. 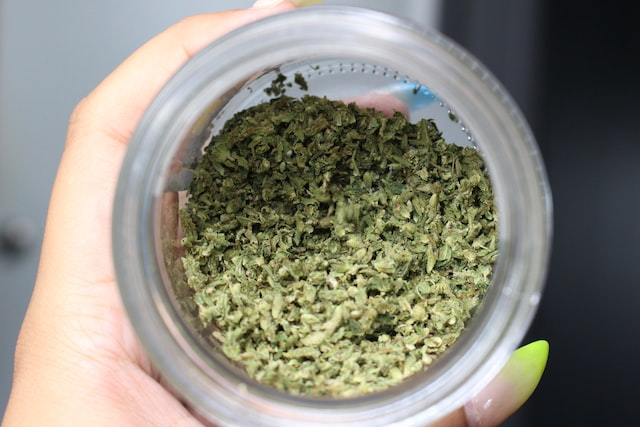 Features Determining the Potency of Cannabinoids

As stated earlier, the THC compound is the primary psychoactive compound in cannabis. Cannabis breeders are constantly working to create cannabis strains with optimized THC concentrations; some would say too much THC.

One report shows that while cannabis plants had THC concentrations of up to 5% in the early 2000s, some hard-hitter cannabis strains have potencies of up to 34% THC. Therefore, the cannabis strain used in making THC gummies and HHC products, like HHC vapes and gummies, influences the product’s potency.

However, the 2018 Farm Bill caps the THC concentration in hemp-derived products at 0.3% THC. Nonetheless, despite their structural differences, it does not account for HHC, which has similar effects to THC. HHC has additional hydrogenated carbon atoms, while THC is missing an ester atom and a carbon bond. You can read more about HHC esters, including beta HHC later in this post.

Besides the THC share in cannabis strains, the amount of a specified cannabinoid one takes at a go also influences potency. For example, taking too much THC or high doses of THC can result in adverse effects among consumers with low tolerance.

Trustworthy cannabinoid manufacturers and smoke shops typically recommend safe cannabinoid doses to help consumers avoid adverse effects associated with high doses. Such recommendations are particularly crucial for a new cannabinoid like HHC. While most consumers consider HHC safe, given that it is similar to THC, its long-term effects remain unknown. 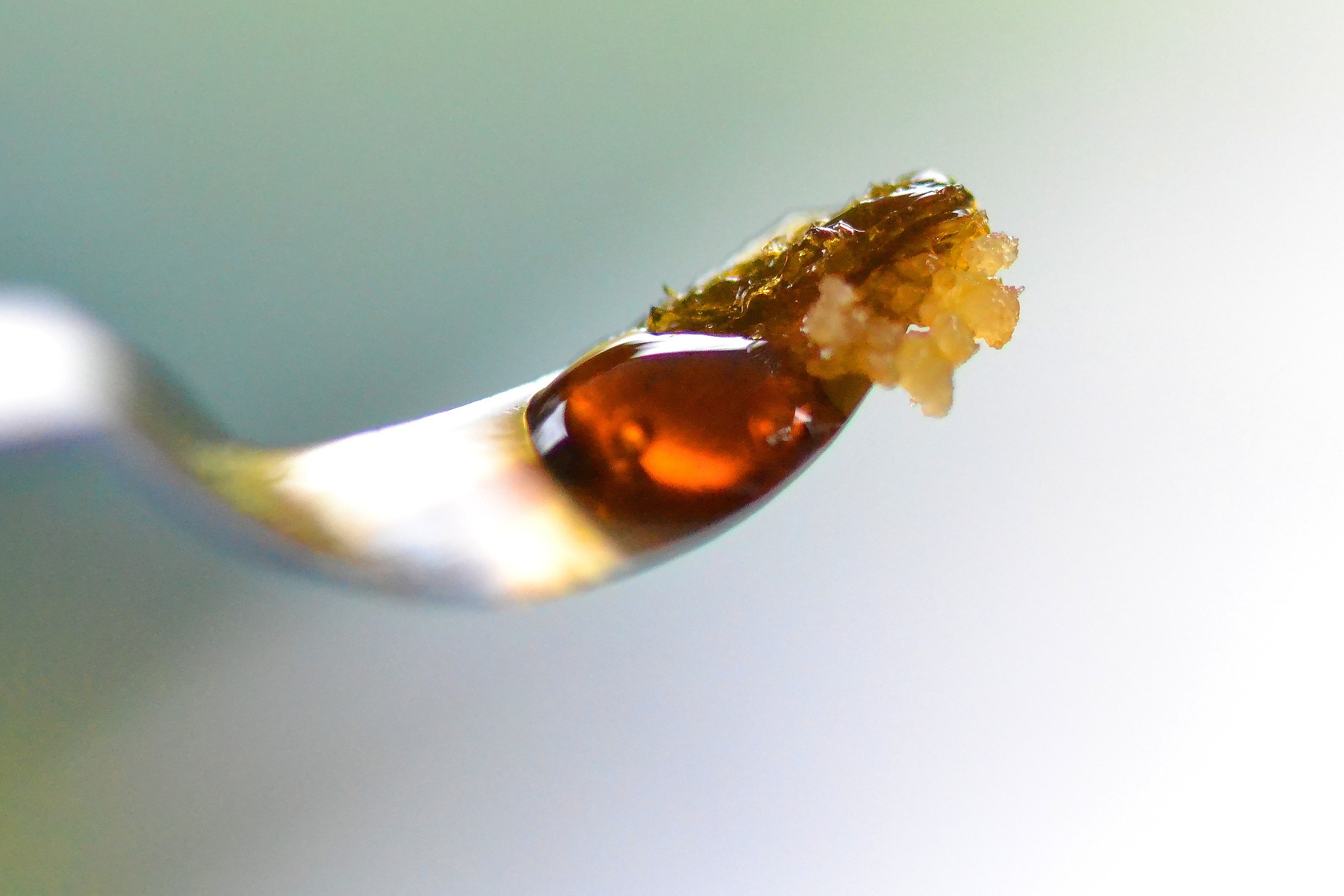 As stated, cannabinoids attach to the ECS’s receptors to induce various psychoactive and therapeutic effects. However, individual atomic arrangements determine how they bind to the receptors and the level of stimulation they induce.

According to one study, the elongation of the carbon side chain in a cannabinoid increases its cannabinoid receptor binding affinity. Moreover, the study highlight that any cannabinoid with an affinity for CB1 and CB2 receptors must have at least one carbon atom on the phenolic hydroxyl group and three carbon atoms on the alkyl side chain.

Cannabinoids have three active sites that form the ligand attaching to ECS receptors, the C11, the phenolic hydroxyl, and the side chain. Any alterations to these active sites affect the cannabinoid’s affinity and efficacy. For example, the additional hydrogenated carbons in HHC are the reason HHC’s effects are milder, although THC and HHC induce similar effects.

Bioavailability refers to the amount of a drug absorbed into the body and the speed at which it gets to a targeted site of action. Different cannabis consumable forms have different bioavailabilities.

Cannabinoids are highly sensitive to various factors that cause them to integrate, including heat, light, and oxygen. HHC is the only exception because the hydrogen atoms in its formula make the THC compound more stable than other cannabinoids and give it a longer shelf life. Cannabinoid disintegration affects their potency and shelf life, so store your products as recommended and buy them from legal smoke shops with proper storage facilities. 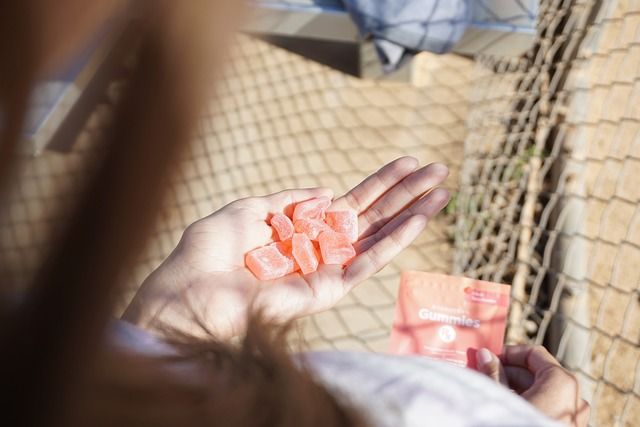 Which are the most powerful Cannabinoids found in cannabis plant?

Cannabinoids vary in potency, and below is an overview of the various cannabinoids on the potency spectrum, from the most potency to the most tolerant.

THCP (tetrahydrocannabiphorol) is a minor cannabinoid that occurs naturally in the hemp plant. The cannabinoid is a recent accidental discovery; a group of Italian scientists bumped into the novel cannabinoid while researching a different project.

According to the scientists’ report, THC is the most potent cannabinoid because it has the longest alkyl side chain, featuring seven carbon atoms, compared to delta-9 THC’s five carbon atoms. However, THCP’s commercial extraction is impossible because it occurs in trace amounts. Therefore, manufacturers use hemp-derived CBD as a precursor for large-scale THCP manufacturing.

Unlike THCP, THCO (THCO-Acetate) is a purely synthetic cannabinoid. Its production entails replacing the phenolic hydroxyl group in hemp-derived THC with an acetyl group, increasing the compound’s ligand’s affinity to CB1 receptors.

Consequently, THC-O is thrice as potent as delta-9 THC, although they have a similar number of carbon atoms on the alkyl side chain. While THC-O is gaining popularity among consumers, it faces safety concerns and is illegal in 14 states.

Delta-9 THC, popularly known as THC, is the primary psychoactive compound in cannabis, particularly marijuana. It is the threshold for cannabinoid psychoactive effects thanks to its affinity for both ECS receptors; other cannabinoids are either more or less potent than delta-9 THC.

HHC is a hydrogenated THC form, meaning it is almost similar to THC, except for the hydrogen atoms substituting its phenolic hydroxyl group. So is HHC natural?

HHC is semi-synthetic because while it occurs naturally in hemp, its commercial production requires adding hydrogen atoms to hemp-derived THC. Although milder, HHC offers similar effects to delta-9 THC and is federally legal under the 2018 Farm Bill.

Therefore, you can buy HHC products, including HHC gummies and HHC vapes. Besides its psychoactive effects, some users recommend taking it during drug testing because it does not appear in drug tests.

Delta-8 THC is another hemp-derived cannabinoid similar to THC save for positioning the double bond in its C11 active site. The double in delta-8 THC appears on the eighth carbon molecule rather than the ninth in delta-9 THC. Delta-8 THC gummies and other products are 50%-65% as potent as delta-9 THC.

Delta-10 THC features the double carbon bond on its 10th carbon molecule along the C11 active site. It is half as potent as delta-9 THC and slightly milder than delta-8 THC.

THCV is also similar to delta-9 THC, with the primary difference between the two compounds being the former three carbon atoms on its side chain. Therefore, THCV’s psychoactive properties are 75%less potent than delta-9 THC’s.

CBN is the byproduct of delta-9 THC disintegration and has weak psychoactive properties. However, it has therapeutic benefits, especially when used alongside CBD.

CBD and other minor cannabinoids, including CBC, CBCV, and CBDV, are 100% non-psychoactive because they do not stimulate cannabinoid receptors directly. However, they induce various therapeutic effects, including pain relief.

CBG is a unique cannabinoid because it counters the psychoactive effects of other cannabinoids. 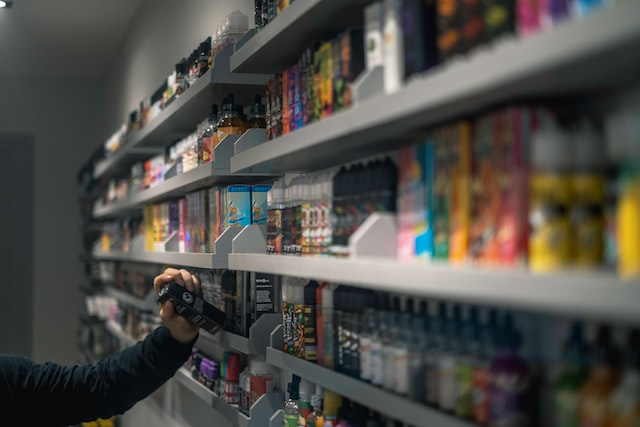 HHC gummies kick in within 30-45 minutes, and their effects last up to six hours. The gummies are available in diverse fruity flavors.

HHC vape cartridges kick in immediately, so take a puff or two and pose to evaluate the effects to avoid consuming high doses.

Besides HHC gummies, other edibles, like chocolates, are available and have similar lingering effects.

HHC is federally legal under the 2018 Farm Bill but is illegal in 14 states due to its semi-synthetic nature. 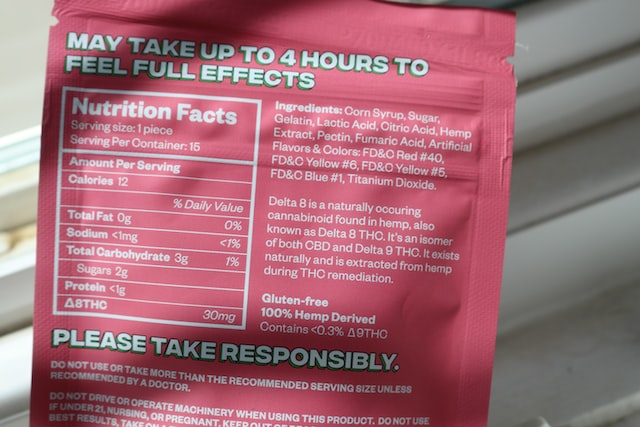